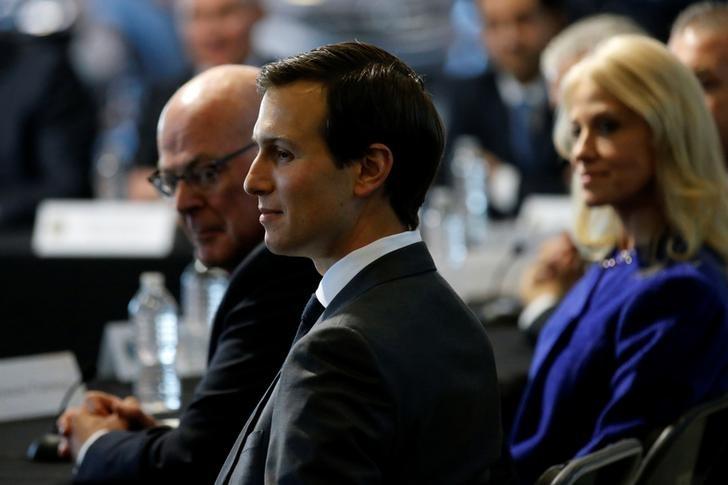 The meetings of US President Donald Trump's adviser with the chief of Russia's Vnesheconombank and the Russian ambassador to the US have not touched the issue of anti-Moscow sanctions, US media reported Thursday.

The meetings of US President Donald Trump's son-in-law Jared Kushner, who is also an adviser to the US leader, with the chief of Russia's state development bank Vnesheconombank (VEB) and the Russian ambassador to the United States have not touched the issue of anti-Moscow sanctions, US media reported Thursday, citing a source familiar with the situation.

On Monday, The New York Times newspaper reported that US senators involved in the investigation into Trump's alleged ties to Russia expressed interest in media reports about Kushner's meeting with VEB's Sergey Gorkov in 2016. The media outlet added that Kushner had also met with Russian Ambassador to the United States Sergey Kislyak in December 2016.

Kushner's meetings with both the officials were of "relationship" nature and were not about the anti-Russia sanctions introduced in 2014, the CNN broadcaster reported.

The news outlet added that Kushner as well as other members of Trump's transition team held dozens of meetings with foreign officials in order to look for ways to establish relations with the leaders of other countries.
Earlier this week, VEB's press service said that meetings between the company's leadership and representatives of US banks and business circles in 2016 took place in a road show format and the sides discussed the bank's development strategy.

Commenting on the meeting between Kushner and Gorkov, Kremlin spokesman Dmitry Peskov said Tuesday that the Kremlin was unaware of the contact, adding that the VEB had held a number of business meetings, including the one with Kushner's company.

US media outlets have repeatedly accused Trump and his associates of alleged links with Russia, which could allegedly have contributed to the politician's victory in the recent presidential election. Russian officials have denied the allegations of meddling in the US election and the White House had also reaffirmed that there were no proof for allegations of collusion between Trump's campaign and Moscow during the election.