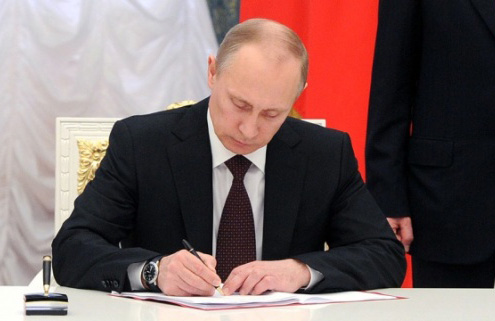 Vladimir Putin has congratulated Emmanuel Macron on his French election win, saying he is ready to work with him on global issues.

The Kremlin said the Russian president told Emmanuel Macron “it is important to overcome mutual mistrust and unite efforts to ensure international security”.

Mr Putin is repeatedly ready for constructive work on bilateral and global issues with Mr Macron.

The centrist, who beat Front National leader Marine Le Pen during Sunday’s vote, has been quick to forge new relations.

He has vowed to work with Germany to relaunch the EU and called on the French to embrace rather than reject globalisation.