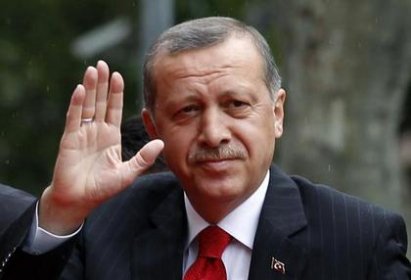 Turkey interested in the continuation of the process of its accession to the EU membership with the mutually beneficial outcome for both sides, the country's President Recep Tayyip Erdogan said in a statement Tuesday.

Axar.az reports Erdogan's statement came on Europe Day, which is annually celebrated on May 9.
"Our country, which has been a historical, geographical and cultural part of Europe for centuries, demands to continue the membership process to the EU — a strategic target for us — within the scope of mutual respect and equality and the understanding of a win-win [outcome]," Erdogan said in a statement as quoted by Anadolu Agency.

The Turkish president added that over the recent years, Europe has been affected by such "social illnesses" as discrimination, cultural racism, xenophobia, and Islamophobia. Erdogan pointed out, that these tendencies resulted in worsening of the Turkish-EU relations, and expressed hope for the improvement of the ties with the bloc, according to the outlet.

Earlier in May, the Turkish leader threatened to say 'goodbye' to the European Union unless the process of Turkey's accession to the bloc's membership is moved forward.

On November 24, European lawmakers voted in favor of freezing EU accession talks with Turkey until it lifts restrictive measures, which had been in place in the country since the failed coup of July 2016.