Anti-corruption fight in Russia is in earnest 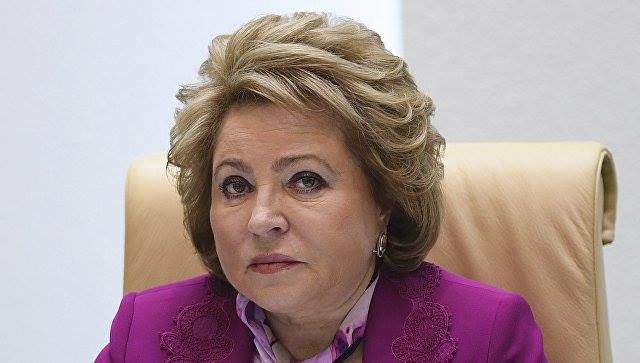 Fight against corruption in Russia regardless of rank is not a timeserving trend, but a long-term state policy, Russian Federation Council Speaker Valentina Matviyenko said in an interview with the Izvestia daily on Tuesday, TASS reports.

"We see a thorough and difficult job to rid the government, law enforcement agencies, the entire society of such an evil as corruption. And this will take long," the upper house’s speaker said.

She said the scale of corruption varies in different countries. "We here witness a sizable scope. It does not only economic, but also moral damage to the country," Matviyenko noted.

She said the Russian president "pursues this course consistently and toughly regardless of ranks". "It does not matter whether these are governors, generals or ministers. An uncompromising fight has been declared against anyone who puts his hand into the state pocket, extorts bribes, demands kickbacks," she said. "This is not a momentary trend, this is in earnest and for a gold long while," she added.

She believes bigger attention should be focused on preventing corruption, "removing conditions that encourage abuse". She reiterated that each high-ranking official, parliamentarian not only fills in the declaration of income but reports his or her expenses during the year and their sources.