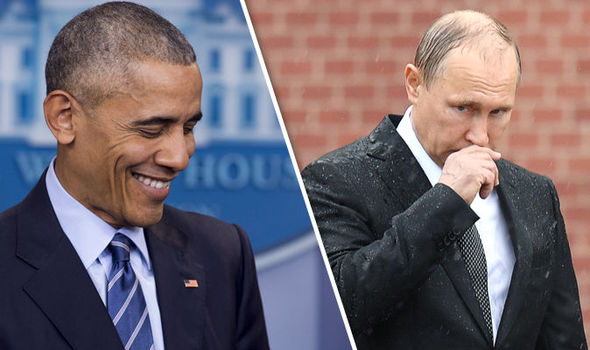 Barack Obama ordered “digital bombs” to be deployed within Russia, as revenge for their alleged hacking of the 2016 election, it has been reported.

Among his final days in office, the former US President gave intelligence agencies the power to deploy “implants” of cyber weapons in Russia’s infrastructure.

The bombs are able to retaliate against future Russian cyber attacks, the Washington Post reports.

The powerful programme was described as “the digital equivalent of bombs that could be detonated if the US found itself in an escalating exchange with Moscow”.

A US official told the newspaper that the “implants” were being put in computer networks that were “important to the adversary and that would cause them pain and discomfort if they were disrupted”.

In a statement, Mr Obama’s spokesman said his response to the Russian meddling had been “robust... as is evident by [him] raising this issue directly with President Putin”.

The covert bomb programme which involved the NSA, CIA and US Cyber Command is reportedly still in process of being set up.

The memo reportedly featured elaborate details that Mr Putin had given to ensure Hillary Clinton of the Democrats was defeated.

According to reports, Mr Obama had discussed a series of potential retaliation moves to launch against Putin, including the publishing of its intelligence on the Russian president.

An Obama official told the newspaper: “I feel like we sort of choked. It is the hardest thing about my entire time in government to defend.”