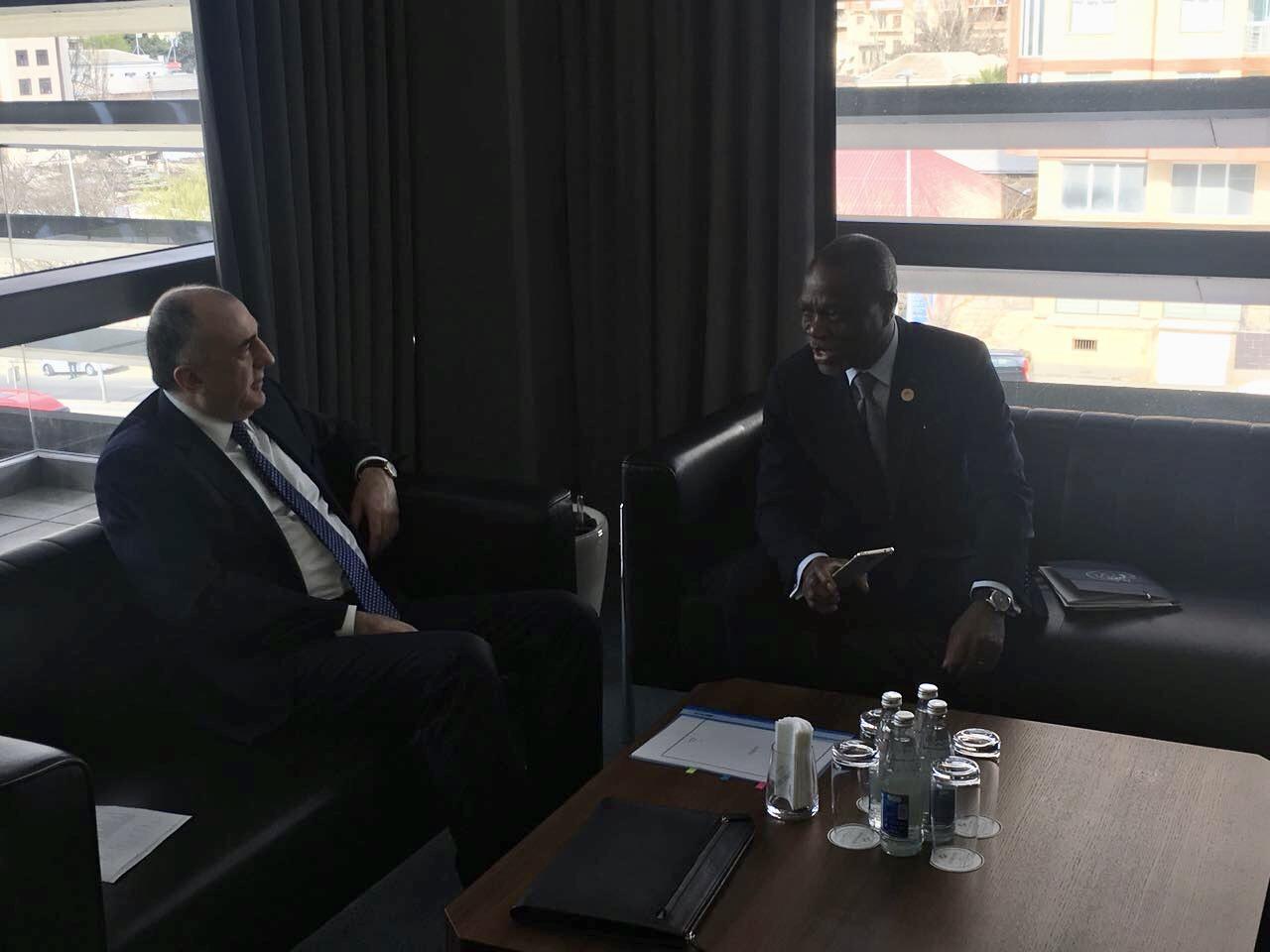 The ministers mentioned the importance of the high-level official visits and political consultations between the Ministries of Foreign Affairs in order to enhance the relations between two countries.

During the meeting cooperation in the fields of science, education and culture were discussed.

At the meeting the ministers reviewed relations within the African Union and other organizations, as well as the cooperation opportunities in the oil-gas, agriculture and other spheres.