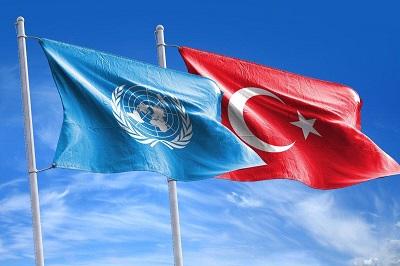 Akinci and Jane Holl Lute discussed whether a basis could be formed to ensure the maintenance of negotiations regarding the Cyprus issue.

In 2004, negotiations over Cyprus resumed after a UN-backed Annan Plan to reunify the Turkish Cypriot and Greek Cypriot communities.

The reunification talks -- brokered by UN Special Cyprus Envoy Espen Barth Eide -- were launched in May 2015 to discuss a permanent settlement for the divided Mediterranean island.

There has been an on-and-off peace process over recent years, the latest failed initiative having taken place in Crans-Montana, Switzerland in July 2017 under the auspices of guarantor countries Turkey, Greece and the U.K.