India plans to resume Iran oil imports despite US ban 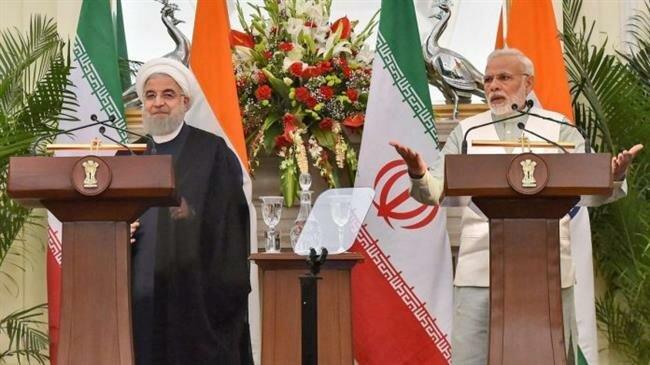 The Indian government is looking at ways to resume oil imports from Iran despite US sanctions which aim to dry up Iranian revenues, local media reported on Tuesday.

Two unnamed government sources were quoted as saying the government of Prime Minister Narendra Modi “will immediately initiate talks with Iran to discuss steps that will allow it to resume oil imports”.

Modi is buoyed by an overwhelming re-election victory on Thursday, winning a second five-year mandate with an even bigger majority in the lower house of parliament.

Earlier this month, Iranian Foreign Minister Mohammad Javad Zarif visited New Delhi where Indian External Affairs Minister Sushma Swaraj told him a decision on continued oil imports from Iran will be made after a new government is formed.

India’s leading website for financial news Business Line quoted an unnamed official as saying that Zarif wanted New Delhi to continue to source at least part of its oil imports from Iran.

India stopped oil imports from Iran after the six-month US waiver for its unilateral sanctions ended on May 2.

A senior government official, quoted by the digital news outlet ThePrint on Tuesday, stressed that India was opposed to the US sanctions.

The government, it said, “is keen to resume imports, though the quantum will be limited”.

The official said Iran’s Pasargad Bank, which has got a license to open a branch in Mumbai, may be used to make payments for the oil supply.

“Payments can be deposited in the Iranian bank and then Iranian authorities can decide how to utilize the money,” ThePrint reported, citing the unnamed official.

India is Iran’s second biggest oil buyer after China, sourcing about 10% of its supplies from the Islamic Republic.

Last month, major Indian newspaper Hindustan Times said Swaraj had told US Secretary of State Mike Pompeo that New Delhi should be allowed to import Iranian crude without being impacted by US sanctions.

“Swaraj explained India’s political and economic conditions to Pompeo and sought some relaxation as making immediate arrangements for 23.5 million tonnes of oil – the amount supplied by Iran every year – from an alternative source was not possible,” it said.

The US decision to end sanctions waivers has angered Washington's allies.

Last month, Chinese tabloid newspaper the Global Times said China and India could work together “to form a buyers' bloc” to counter US sanctions on Iran.

Government data released Sunday showed China's crude oil imports from Iran hit a five-year high in April at 792,380 barrels per day (bpd) before the expiry of US sanction waivers.

The April volume surged 45.8% from March on a barrels-per-day basis, and rose 21.2% year on year, S&P Global Platts said.

The Iran sanctions have added another fault line to already strained relations between Washington and Beijing which has formally complained to the United States over the move.

Companies such as Sinopec and China National Petroleum Corp have invested billions of dollars in Iranian oil fields and recoup their money by sending oil from the fields to China.

Some of Chinese refineries are configured to process Iranian grades which yield better margins than those supplied by other exporters.

Indian refineries are also built according to Iranian crude specifications as are those in South Korea.