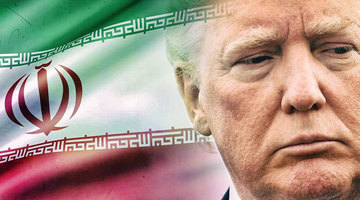 Earlier, satellite photos by private Earth-imaging companies showed what appeared to be the remnants of a space rocket at an Iranian spaceport following a failed launch.

Axar.az reports citing foreign media that US President Donald Trump has tweeted Iran his "best wishes and good luck in determining what happened" to the Iranian space rocket which was destroyed before lift-off on Thursday, deepening the mystery into why the launch failed.

Trump claimed the US was "not involved in the catastrophic accident during final launch preparations."

Given Washington's repeated criticism of Iran's peaceful space program, it's not immediately clear if the president was being sarcastic.

On Thursday, an anonymous Iranian official confirmed that a rocket launch at the Imam Khomeini Spaceport in northern Iran had failed, citing "some technical issues" which caused the rocket to explode.

Iran is one of just a handful of countries in the world with an active domestic space program and has successfully launched multiple satellites into orbit over the last decade, despite extremely modest financing. The Iranian Space Agency was formally established in 2004.