President's statement is a message to the world 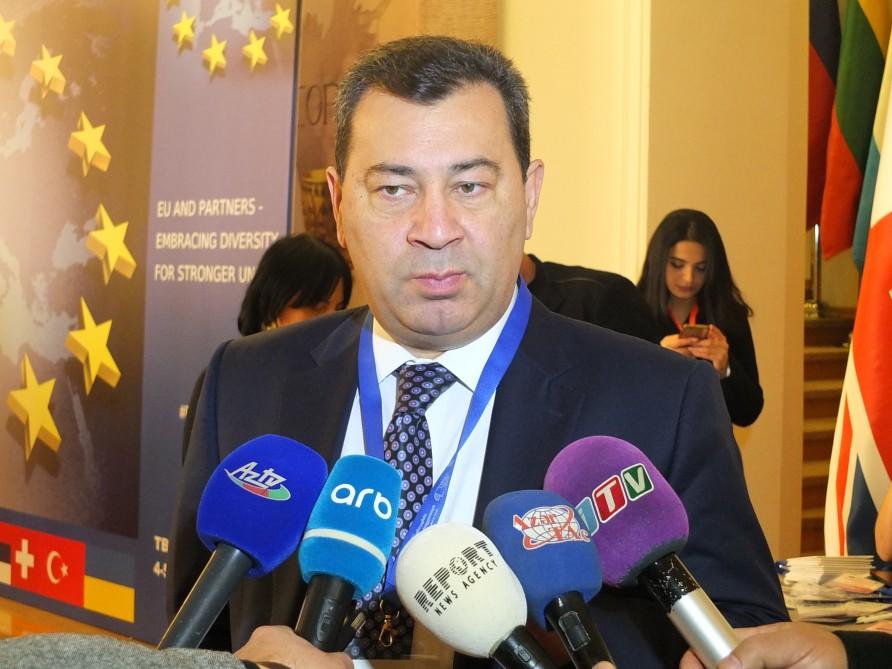 The statement of President Ilham Aliyev at the plenary session of the 16th Annual Meeting of Valday International Discussion Club in Sochi was met with great enthusiasm by the Azerbaijani delegation at the meeting of the Parliamentary Assembly of the Council of Europe.

Axar.az informs that, the bold speech of the Head of State caused the interest of both the officials of the Council of Europe and representatives of the Council member countries.

The chairman of the Parliamentary Committee on International Relations and Inter-Parliamentary Relations, the head of the Azerbaijani delegation to PACE, Samad Seyidov said in a statement to AzerTac.

Samad Seyidov said that the President of Azerbaijan, in response to a statement by Armenian Prime Minister Nicol Pashinyan in Khankendi, called it a lie and stressed that Karabakh is a land of eternal, eternal Azerbaijan.

This statement, based on national interests, was a worthy and appropriate response to the leadership of the invading country. The answer, "Karabakh is Azerbaijan and the exclamation" cut off the other side as a sharp sword. This logical statement of the President is a message to the whole world.

The chairman of the committee stressed that the insidious plans of the invading Armenia and its representatives have not yielded any results. With populist statements Pashinyan loses himself only in the eyes of the international community.

He never followed what he said, and it is still difficult for him to succeed.