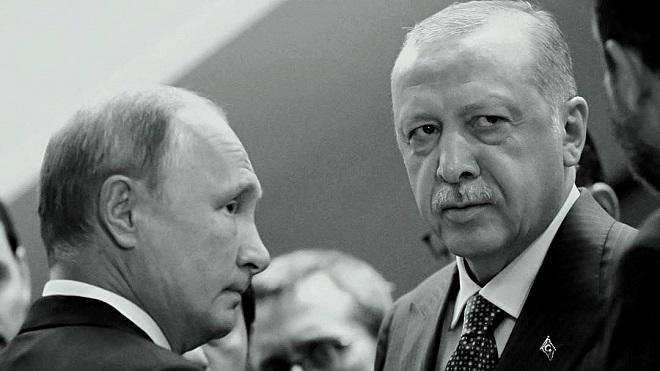 Russian President Vladimir Putin and his Turkish counterpart Recep Tayyip Erdogan are likely to continue their direct contacts on Turkey’s military operation in Syria, Kremlin Spokesman Dmitry Peskov said in an interview with the program ‘Moscow. Kremlin. Putin’ on the Rossiya-1 TV Channel on Sunday.

"As a whole, the Russian and Turkish sides are in contact. It cannot be ruled out that the presidents will continue directly communicating on this score," he said during Putin’s state visits to Saudi Arabia and the United Arab Emirates that took place on October 14-15.

As the Kremlin spokesman stressed, the events in northeastern Syria cause serious concern and may harm political settlement.

The Russian and Turkish presidents are due to meet in Sochi on October 22. The Kremlin spokesman earlier said that the leaders planned to discuss the situation in northeastern Syria.

On October 9, Turkey launched a military operation codenamed Peace Spring in northern Syria. It began with air strikes against Kurdish forces. The aim of the operation is to create a buffer zone to protect the Turkish border. Ankara believes that Syrian refugees might return home from Turkey.

On October 17, the United States and Turkey reached an agreement on a ceasefire. Turkey agreed to halt its military operation for 120 hours to let Kurdish fighters from the coalition of the Syrian Democratic Forces to leave the border security area, which Ankara was creating.