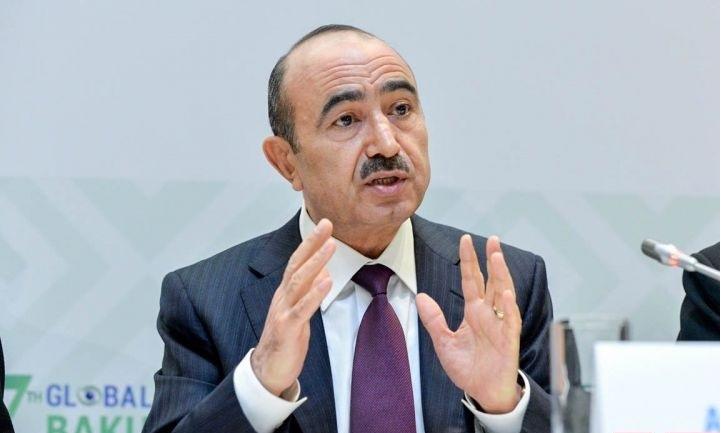 The Azerbaijani government and the authorities are not in so desperate situation to send someone like Ata Abdullayev to the event organized by Prime Minister of Armenia Nikol Pashinyan to make such a “dialogue”.

In an exclusive statement to Axar.az, Ali Hasanov, assistant of the President commented on the participation of Ata Abdullayev at the meeting of Armenian Prime Minister with supporters at a church in Milan, Italy.

A. Hasanov categorically denied claims on the social networks and some media authorities about the alleged sending of A. Abdullayev to Milan by the Azerbaijani authorities deliberately:

“Any citizen of Azerbaijan can participate in any other international event and act, support or protest anyone, according to their level, outlook, and ability. But the Azerbaijani government does not need such individual initiatives, and we know the nature of the policies that we are pursuing, and where and how they are implemented. ”

The Assistant of the President added that there are enough young people who have a great outlook, who are well-educated, with high-level of education and intelligence, and graduated from the most prestigious universities in our country and abroad around the Azerbaijani authorities, including the YAP:

“The YAP youth are able to take the necessary steps when they need it and when they are needed, and the ideologists of the government are well aware of "when", "what to do" and "how to do it".

Azerbaijani society has always observed this. It is no coincidence that, in accordance with the goals set by our President, in the last few years a considerable number of decisive steps have been taking to expose the Armenian lies internationally.

It is enough to remember the President's sharp speeches against the Propagation of Armenian fascism that silence all of them at the Valday International Discussion Club and the CIS Heads of States meeting in Ashgabat.

As a result of the high-precision speech of our President, a great statesman, and a professional politician, the situation of non-professional Pashinyan has become an agenda and is still being debated not only by the people of Azerbaijan but also by the world. What logic`s result is this to claim that our state, pursuing such a large-scale policy, needs Ata Abdullayev? ”

A. Hasanov strongly condemned these individual activities and described it as deliberately or unintentionally serve for interest of Armenia:

“Any attempt initiated by anyone and expressing this by Azerbaijani authorities is completely discrediting and unacceptable. The government of Azerbaijan pursues its policy against the enemy in the form of a strong national will, high intelligence, and international law, and we declare this policy and make it be accepted not from some Armenian church but from the highest international tribunals.