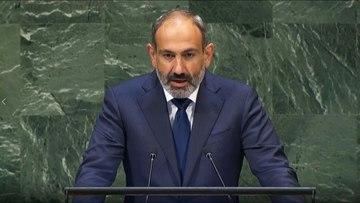 Armenian Prime Minister Nicolas Pashinyan spoke about the legacy of former President Serzh Sargsyan's legacy to them regarding the Karabakh issue.

The document also states that the corridor between Armenia and Karabakh will be preserved. The document is still in talks. We are inherited from this Sargsyan. What can we do? said the Prime Minister of Armenia.