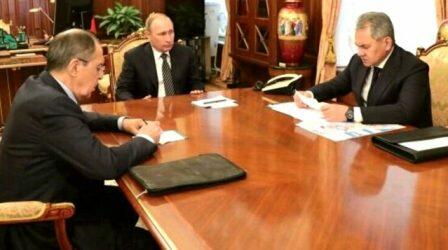 Axar.az reports that, this was claimed by Russian military expert Pavel Felgenhauer.

He said that the situation in Libya is very complicated:

"Different institutions in Moscow have different views on this issue," he said. Although the Defense Ministry supports Haftar, the Kremlin and the Foreign Ministry do the exact opposite. The disagreement erupted in January at a meeting in Moscow attended by Libyan Prime Minister Fayez Sarraj, but Haftar left without signing the agreement. At that time, the Russian Defense Ministry supported Haftar, and the Foreign Ministry reprimanded him.