The Minsk Group assisted Armenia in this work - President 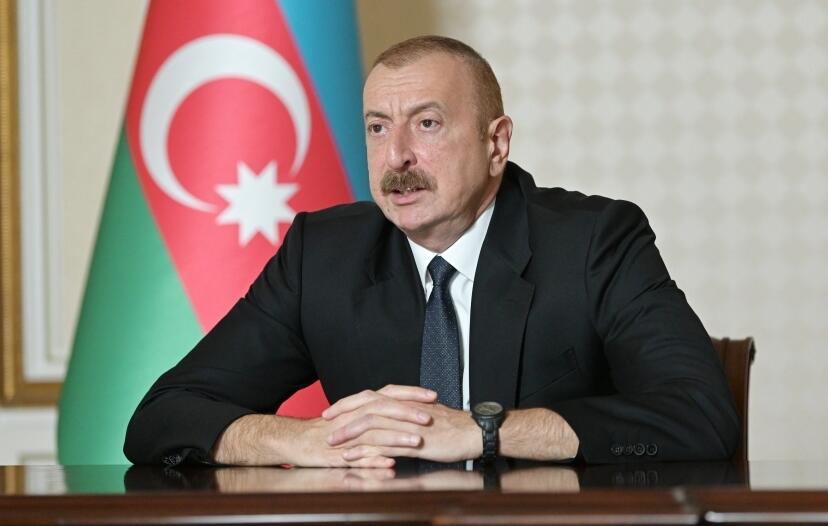 I would like to say that the Minsk Group has been obliged to resolve the conflict since 1992, in accordance with the OSCE mandate. They operated for 28 years until the end of November last year, when we liberated the territories in 44 days. My opinion on the activities of the Minsk Group does not differ from the opinion of the Azerbaijani people. It was a failure.

"We have to tell the truth. While the issue is as clear as daylight, we cannot say the opposite for the sake of political correctness. If the co-chairs of the Minsk Group - the world's leading countries, 3 out of 5 permanent members of the Security Council, 3 nuclear states, the world's most powerful countries could not or did not want to end the occupation of Armenia, it means that their activities failed. They have been operating for 28 years. Can you imagine?” the President of Azerbaijan said.

The head of state said that the Madrid Principles were 10 years ago, and they came into force in 1992:

"The three leading countries I mentioned became co-chairs a few years later. But in any case, they have been operating for more than 20 years, and the result was zero. But why? Maybe because, as you mentioned, the status quo was acceptable to them. Nevertheless, I can tell you that at certain stages, even at the level of the Minsk Group co-chairs, there were positive statements that the status quo is unacceptable and must be changed. This gave us a lot of hope. But, unfortunately, there was no movement. It was very simple. I have raised this issue many times. The only way to persuade or force Armenia to leave Azerbaijani territory and comply with UN Security Council resolutions requiring it was to impose sanctions on Armenia. We know that in some cases these sanctions are applied against other countries, but not against Armenia. Still double standards, still unfair approach.The people of Azerbaijan were tired of these regular visits of the Minsk Group trio. They came and went several times a year, but to no avail. In fact, their activities were completely paralyzed after 2019, when the Prime Minister of Armenia declared "Karabakh is Armenia." This meant the end of negotiations. Because if Armenia says "Karabakh is Armenia", what can we talk about? Another issue is that later the Armenian leadership said that Karabakh is an independent country. This contradicted the previous statement. However, the Minsk Group did not react. They did not even condemn this statement. Of course, such behavior only encouraged Armenia to strengthen its position at the negotiating table and end the occupation. That was Armenia's goal, and, unfortunately, the Minsk Group helped them in this."