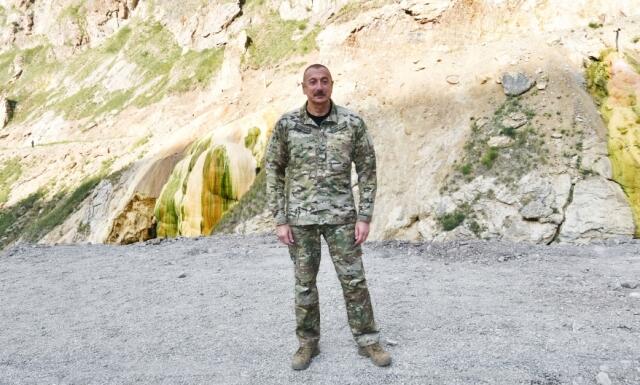 Axar.az reports the statement came from President Ilham Aliyev during a speech at the groundbreaking ceremony of the Istisu sanatorium in the Kalbajar region.

The head of state said that we are doing a comprehensive job - both infrastructure work, hospitals, schools, residential buildings, cultural facilities, the restoration of our mosques, museums, airports, railways, tunnels:

"It is impossible to list all the work done in just a year and a half. This shows that we are the owners of these lands. These lands were in the hands of Armenians for 30 years. What did they leave behind? Ruins, ruined cities, villages! I have said many times, and every time I see these ruins, I will say again: It is as if a savage tribe lived here. Even worse things have been done here - but to destroy, dismantle and burn. "

The President of Azerbaijan noted that psychologists or psychiatrists should say where so much hatred and inhumane actions come from, because a normal person does not commit such acts.