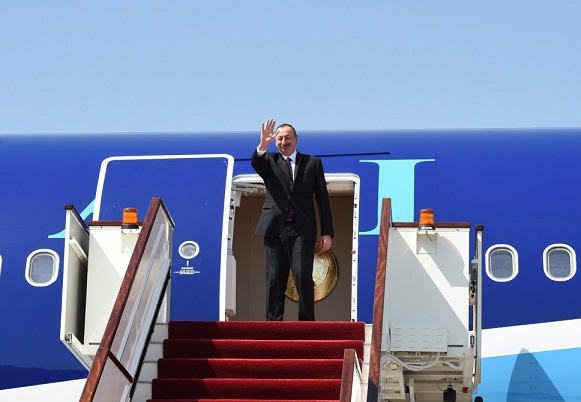 On August 9, Azerbaijani President Ilham Aliyev went on a business trip to Turkiye's at the invitation of Turkish President Recep Tayyip Erdogan.

Axar.az reports that an honour guard was lined up in honour of the head of state at Konya Airport, where the national flags of both countries were flying.

The head of state greeted the honour guard.