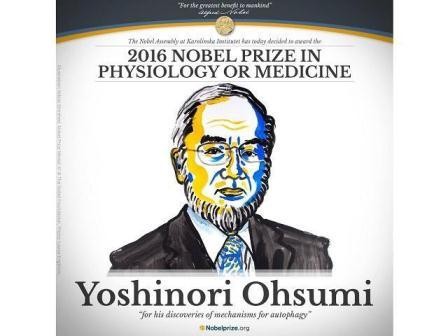 The 2016 Nobel prize for medicine or physiology has been awarded to Japan’s Yoshinori Ohsumi for research in the field of Autophagy.

In simple terms, Autophagy focuses on how the body’s cells detoxify and repair themselves. In the 1960s, scientists noticed that cells were able to destroy and recycle their contents.

Ohsumi, who identified a set of genes that control autophagy in baker’s yeast, went on to show a similar process at work in humans.

Disrupted autophagy has been linked to Parkinson’s disease, type 2 diabetes and other disorders which appear in the elderly.

The award was announced at Stockholm’s Karolinska Institute. It is the 107th award in the category since the first Nobel Prizes were handed out 1905.