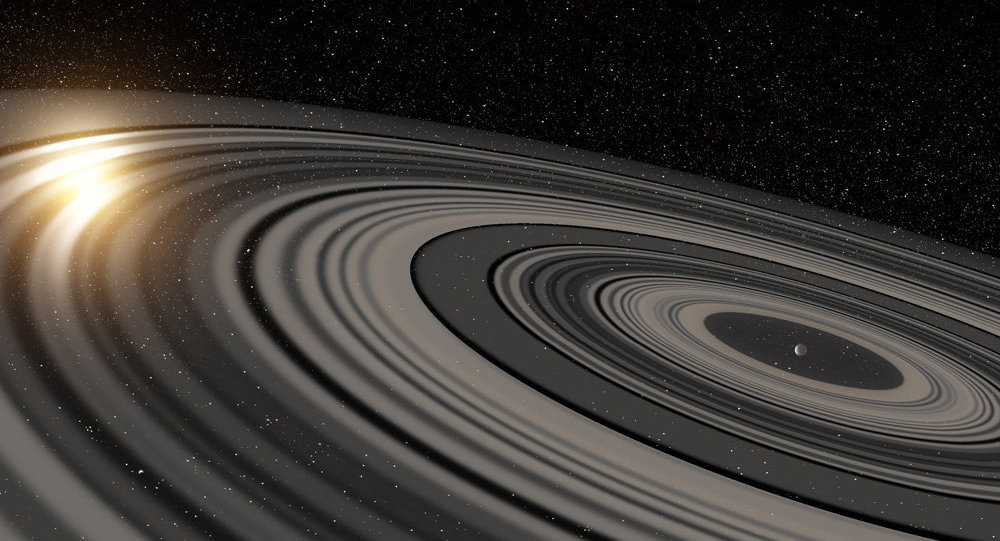 NASA's Cassini spacecraft managed to take pictures of an unusually large objects within one of the outer rings of Saturn during its recent mission near the planet.

Axar.az reports that, as reported by NASA, these objects were discovered by the spacecraft last year during one of its first missions entering the polar orbit. The objects have no formal names, with scientists informally calling them F16QA and F16QB.

Similar objects have appeared in Saturn's rings, but quickly left them or were destroyed by Saturn's moons, orbiting within the rings or next to them.

If both objects are able to survive an upcoming encounter with one of these moons, Prometheus, they could significantly change the planet's outlook.

"Their orbits can evolve, eventually leading to core-crossing clumps that produce spectacular features, even though they collide with the ring at low speeds," NASA's website wrote.

The rings of Saturn form a system that surrounds the planet. They are the most distinguished feature of the planet, consisting of numerous small particles and made almost entirely of ice. They can be seen from Earth by means of a telescope.

The F Ring is one of the planet's rings, which is assumed to be the most active ring in the solar system.