New research rethinks planets to include Moon and Pluto 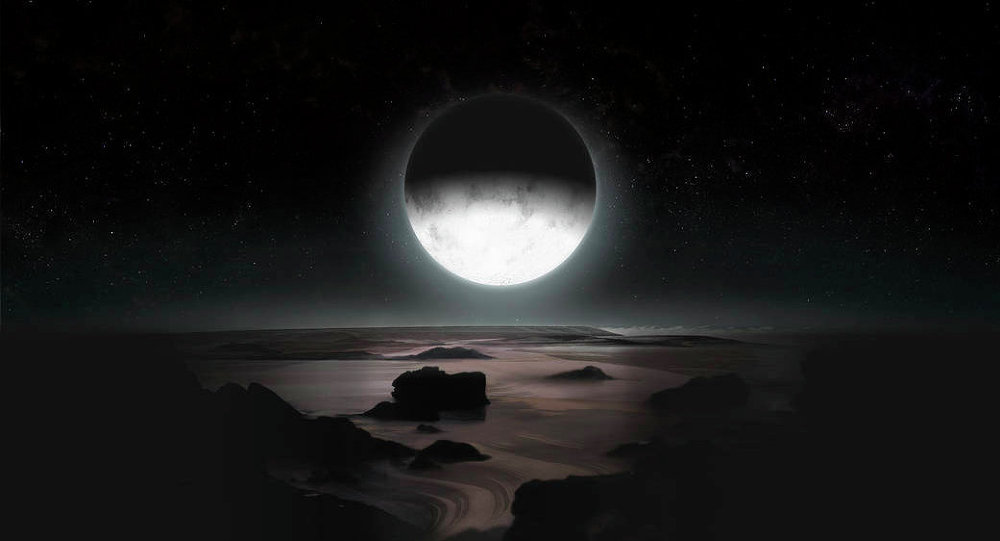 Is the moon a planet? How about Pluto? Astronomical authorities say no, but Alan Stern, who led the research on the New Horizons probe to Pluto, begs to differ.

Axar.az reports that Stern is part of the team behind a new paper published in Planetary and Lunar Sciences, which argues that the existing definition of "planet" is flawed. Under Stern's new definition, the moon, Pluto and more than 100 other solar system objects would be upgraded to planets.

At present, a planet is defined by the International Astronomical Union (IAU) as an object that orbits a star, is rounded by its own gravity, is not massive enough to create thermonuclear fusion (which excludes stars that orbit other stars) and has cleared its orbit of planetesimals.

Stern points out several flaws in the IAU definition: it doesn't include "rogue planets" with no star to orbit, it requires planets to "clear their neighborhoods," which is impossible to do entirely since small objects are constantly entering and exiting planetary orbits, and it excludes dwarf planets while allowing radically different bodies like Mercury and Jupiter to enjoy planetary status.

The new definition proposed by Stern is "a sub-stellar mass body that has never undergone nuclear fusion and that has sufficient self-gravitation to assume a spheroidal shape adequately described by a triaxial ellipsoid regardless of its orbital parameters."

The key differences between the IAU and Stern definitions is that Stern's planets do not need to orbit a star, nor do they need to "clear their neighborhood." As Stern puts it, the definition can be accurately boiled down to "round objects in space that are smaller than stars."

Stern's definition would up the count of planets in the solar system from eight to a beefy 110, more or less. Dwarf planets like Pluto and Eris, moons like Ganymede and Titan (satellites of Jupiter and Saturn respectively that outsize Mercury,) all the way down to mighty Mimas, a moon of Saturn with a smaller surface area than Spain, would all be included.

Stern argues that in this new age of cosmic exploration, branding is key to ensure the public understands the value of missions to objects besides Mars. "In the decade following the supposed 'demotion' of Pluto by the [IAU], many members of the public, in our experience, assume that alleged 'non-planets' cease to be interesting enough to warrant scientific exploration, though the IAU did not intend this consequence," wrote Stern.

Astronomers "may find the IAU definition perfectly useful," but "our geophysical definition is more useful for planetary geoscience practitioners, educators and students."

Pluto fulfills three of the four IAU classifications (although some argue that it doesn't truly orbit the sun and is instead a slave to Neptune's orbit), but it hasn't cleared its 248-year orbit of planetesimals. Planets such as Pluto and Eris, which have not "cleared their neighborhoods," are considered dwarf planets. Pluto was demoted from planetary status in 2006.

Stern has had an axe to grind with that for a long time. The IAU definition that excluded Pluto "stinks, for technical reasons," said Stern in 2006. "I'm embarrassed for astronomy. Less than 5 percent of the world's astronomers voted."

When New Horizons made its flyby of Pluto in 2015, Stern called the reclassification of the distant world to a dwarf planet "bullsh*t." "Why would you listen to an astronomer about a planet?" Stern said to Tech Insider, comparing the reclassification as asking for a podiatrist to conduct brain surgery instead of a brain surgeon.

"Even though they're both doctors, they have different expertise," Stern said. "You really should listen to planetary scientists that know something about this subject. When we look at an object like Pluto, we don't know what else to call it."

Ancient and medieval astronomers believed the moon to be a planet, as common wisdom of the time proposed that the Earth was the center of the universe and all objects revolved around it.

The heliocentric model of the solar system, where the Earth revolves around the sun, began to gain traction in the 16th century as a result of the writings of Polish astronomer Nicolaus Copernicus. Eventually, astronomers realized that the moon was the only object revolving around Earth, making it a "satellite" – not a planet.

The Early Modern debate over whether the moon was a planet or a satellite seemed long over, but it could see a renewal with an esteemed mind like Stern leading the charge.