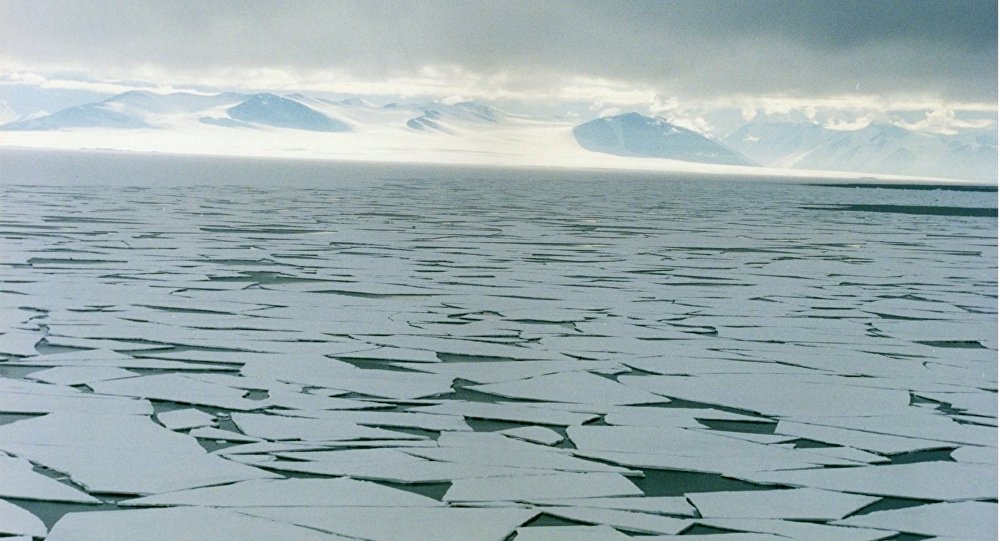 The two primary causes for record low levels in both the Arctic and Antarctica reported by NASA were a low September minimum sea ice extent followed by a very warm winter.

Axar.az reports that sea ice extent is, very simply, a measurement of how much ocean water contains at least 15 percent sea ice (other organizations use different thresholds but 15 percent is the one used by NASA). In a typical year, sea ice extent is at its highest in March and at its lowest in September.

"We started from a low September minimum extent," Walt Meier with NASA's Goddard Space Flight Center Cryospheric Sciences Laboratory said in a statement. "There was a lot of open ocean water and we saw periods of very slow ice growth in late October and into November, because the water had a lot of accumulated heat that had to be dissipated before ice could grow."

"The ice formation got a late start and everything lagged behind – it was hard for the sea ice cover to catch up."

Arctic ice peaked this year on March 7, while Antarctic ice peaked on March 3. While a shrink in Arctic sea ice was expected, Antarctica has enjoyed several decades of moderate sea ice expansion and set record high levels in 2015 and 16 before plummeting this year. The 2017 winter maximum was 5.59 million square miles of sea ice – marginally lower than the lowest previous winter maximum of 5.62 million set in the 1970s.

Sea ice levels are the lowest they've been since satellites began to track levels in 1979. Levels have declined by 2.8 percent on average every decade, and sea ice levels are 790,000 square miles lower than they were in the average levels from 1981 to 2000. By comparison, Turkey has an area of 783,000 miles.

Meier cautioned the public not to label the report a catastrophe. "It is tempting to say that the record low we are seeing this year is global warming finally catching up with Antarctica. However, this might just be an extreme case of pushing the envelope of year-to-year variability."

Humans have been recording sea ice levels for fewer than 40 years, after all – practically no time at all, from a geological standpoint. "We'll need to have several more years of data to be able to say there has been a significant change in the trend," said Meier.

Shrinking sea ice does more than threaten polar bear habitats. Sea ice's bright surface causes it to reflect 80 percent of the sunlight that hits it back into space, cooling the planet. Shrinking sea ice levels mean more sunlight hits the ocean instead, which increases sea temperatures and causes more sea ice to melt in a self-perpetuating cycle.

"All I can say here is that I've been studying Arctic weather patterns for 35 years and have never seen anything like what we've experienced over the past two winters," said NASA's National Snow and Ice Data Center director Mark Serreze in an email exchange with Mashable.