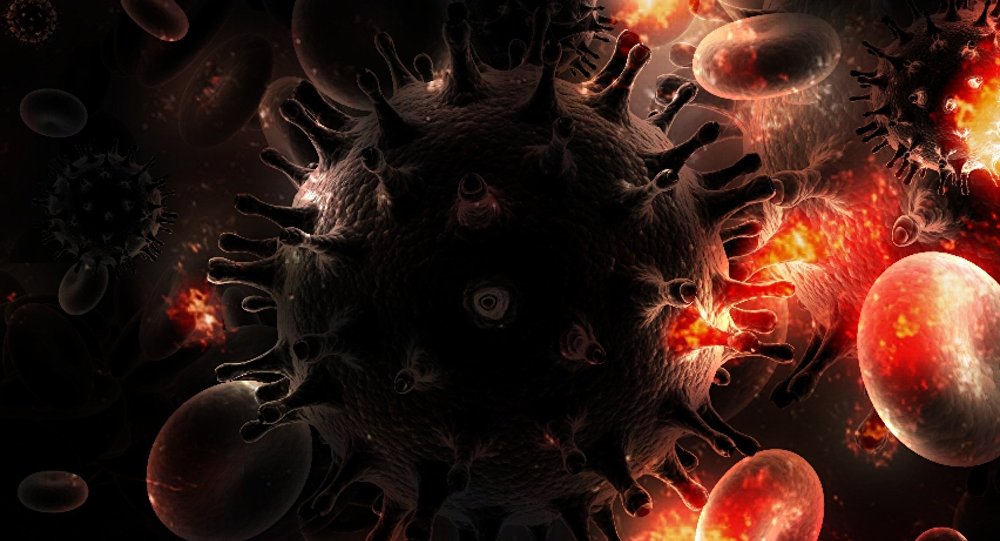 Researchers at the Russian Academy of Sciences have managed to transform a nanomaterial into a potent weapon against HIV.

Axar.az reports citing to Sputnik scientists at the Russian Academy of Science have discovered a way to dissolve a carbon nanomaterial known as fullerene in water, turning it into a substance capable of eradicating HIV molecules in a human body, according to an article published by the Organic & Biomolecular Chemistry journal.

Children display ribbon cut-outs tied to balloons during an HIV/AIDS awareness campaign to mark World AIDS Day in Kolkata December 1, 2014. The world has finally reached the beginning of the end of the AIDS pandemic that has infected and killed millions in the past 30 years, according to a leading campaign group fighting HIV. United Nations data show that in 2013, 35 million people were living with HIV, 2.1 million people were newly infected with the virus and some 1.5 million people died of AIDS. By far the greatest part of the HIV/AIDS burden is in sub-Saharan Africa.

He explained that previous attempts to use fullerenes for medical purposes were thwarted by the fact that these nanomaterials are not water-soluble. Russian scientists, however, were able to circumvent this problem by using chlorinated fullerenesb which are better suited for bonding with alcohol and other organic molecules, thus allowing for the creation of water-soluble fullerene derivatives.
According to the researchers, the effectiveness of the new substance is comparable to that of tenofovir disoproxil – a medication used to prevent and treat HIV — and does not cause any negative side effects.

Furthermore, scientists believe that other types of soluble fullerenes can be used to neutralize other dangerous viruses, like hepatitis.