Ben Affleck: I am no longer... 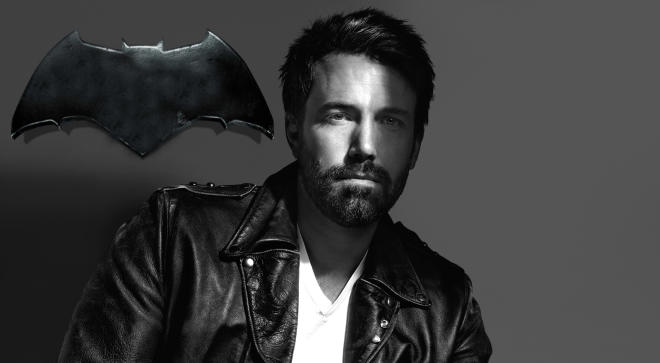 "It has become clear that I cannot do both jobs to the level they require," says the actor, who will still star as the Dark Knight.

Ben Affleck won't be stepping behind the camera for the upcoming Batman stand-alone movie after all.

The actor had been set to both star in and helm the film, tentatively titled The Batman, but on Monday announced that he is exiting the director's chair of the Warner Bros. project.

“There are certain characters who hold a special place in the hearts of millions," Affleck said in a statement. "Performing this role demands focus, passion and the very best performance I can give. It has become clear that I cannot do both jobs to the level they require. Together with the studio, I have decided to find a partner in a director who will collaborate with me on this massive film. I am still in this, and we are making it, but we are currently looking for a director. I remain extremely committed to this project, and look forward to bringing this to life for fans around the world."

The move has been in the works for several weeks now, according to a source.

"Warner Bros. fully supports Ben Affleck's decision and remains committed to working with him to bring a standalone Batman picture to life," the studio said in a statement.

Rumors of Affleck departing the director’s chair have swirled for a couple of months now, when he let on that the project was having script issues during press for Live by Night, the gangster movie he directed for Warners. The issues first came to light when author Bret Easton Ellis mentioned them during a November podcast. Affleck and execs have been unhappy regarding the script for weeks, according to sources.

No release date had been set for the Batman movie, which also is set to star Joe Manganiello as the villain Deathstroke. But the film has been seen as a key part of Warner Bros.' DC strategy, so much so that it had been prioritized over a Justice League sequel.

So far, Affleck has played the Dark Knight in last year's Batman v. Superman: Dawn of Justice and Suicide Squad. He next will appear in November's DC superhero team-up movie Justice League.