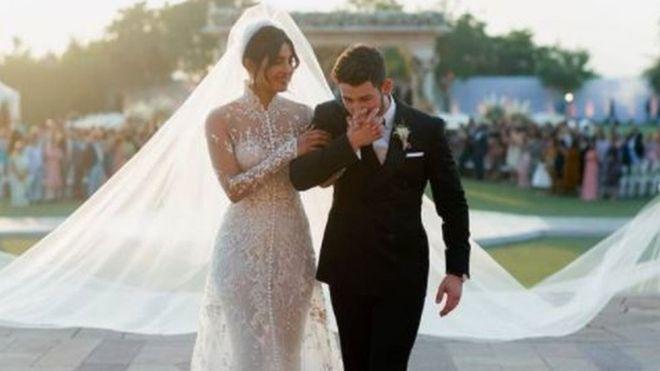 The Bollywood star, who married US singer Nick Jonas in Rajasthan state over the weekend, unveiled her intricately detailed wedding dress in an Instagram post on Wednesday.

The Ralph Lauren designed dress had more than two million mother-of-pearl sequins sewed into it, but it was the veil that stole the show.

Jonas and Chopra got engaged in the summer after a whirlwind romance. 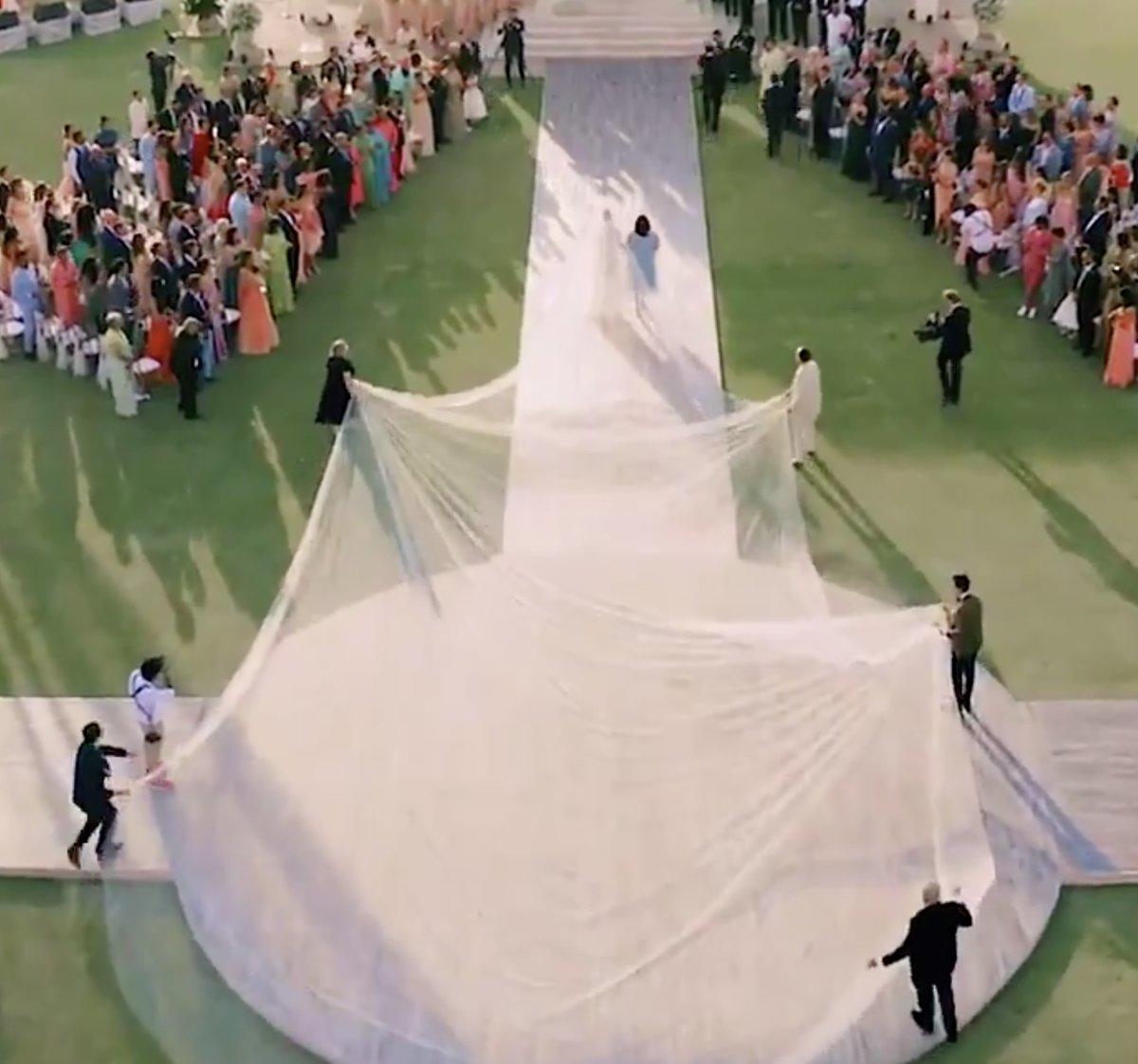 Naturally, the internet had a lot to say about her veil, which was so large it needed a small team of men to carry it.