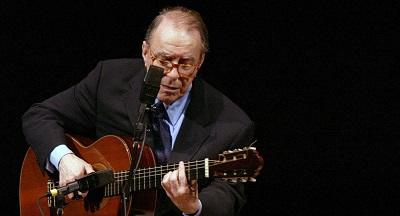 Joao Gilberto, the world-renowned Brazilian guitarist and vocalist, and a pioneer of the Bossa Nova genre, has died at the age of 88, according to multiple media reports.

Gilberto's son reportedly confirmed the death of his father, according to local media, cited by AP.

Gilberto is one of the creators of the Bossa Nova ("new trend") genre, which first appeared in the late 1950s, the musician was 88 years old at the time of his death.

Fans of the Bossa Nova genre and admirers of Gilberto throughout the world took to Twitter to express their condolences and bemoan the passing of the virtuoso.

According to the O Globo media outlet, over the last ten years, Gilberto has been depressed. In particular, Gilberto's last years were reportedly marked with a health issue, family issues, and money problems.