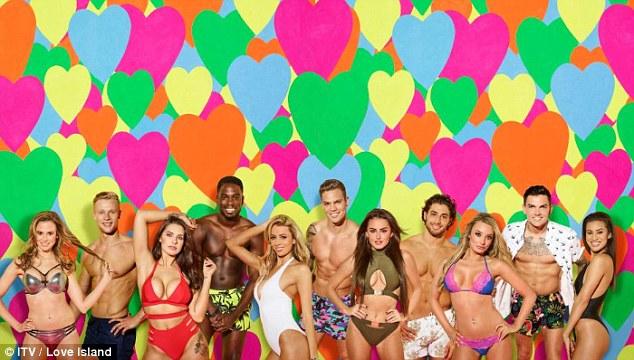 Jordan Hames is after Ovie Soko's girl for a second time

Axar.az reports citing American media that the Love Island final is one week away and everyone believed that the villa was an amazing, loved-up place. The Islanders are coupled up with someone they like, most are falling for each other and even Tommy Fury and Molly-Mae Hague AND Jordan Hames and Anna Vakili are officially girlfriend and boyfriend.

So, last night (22nd July), when the show teased what's to come on tonight's episode (23rd July), fans were left reeling when they saw Jordan confess to Curtis Pritchard that his head was being turned by new girl India Reynolds.

Speaking to Curtis, Jordan said, "I feel like over the past couple of days I've been having good conversations with India.

"I'm finding myself looking forward to bumping into her in the villa to talk to her".

He then went on to admit, "It's just made me sit back and think".

The programme then ended with Anna sat on the bean bags, saying, "I've got a bad feeling".

A woman's intuition is never wrong.

And to make matters even worse, Jordan had gone official with Anna just one day before his shock revelation, after he took her on a tour around the villa of all their 'hook up' spots, which ended up with him asking her to be his "chick".

Fans are now saying that Jordan is playing a game, after his feelings seem to have 'disappeared' for Anna, following the pair being voted in the bottom three most popular couples for the third time in a row on Sunday night's (21st July) show.

After the result, Anna sobbed, saying she thought they were "the second strongest couple in the villa".

Jordan then consoled her, telling her to "stop worrying yourself about what other people think. When we get out of here we're going to have fun, me and you. I've got you and I'm happy with how things are".

Fans took to Twitter to express their shock, with one writing, "He thought by makin it official then they wouldnt be in the bottom 3. But they were and now he wants the £50k jordan is a ...".