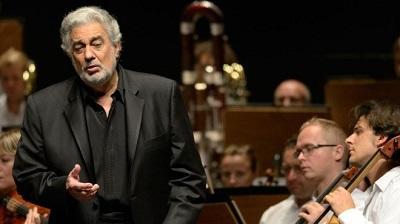 The opera singer Plácido Domingo has been accused of sexually harassing several women over a number of decades.

Eight singers and a dancer claim they were sexually harassed by the Spanish tenor from the late 1980s.

Only one of the women, mezzo-soprano Patricia Wulf, agreed to be named.

Domingo called the accusations "deeply troubling, and as presented, inaccurate" in a statement to AP.

"Still, it is painful to hear that I may have upset anyone or made them feel uncomfortable no matter how long ago and despite my best intentions," continued Domingo.

"I believed that all of my interactions and relationships were always welcomed and consensual.

"People who know me or who have worked with me know that I am not someone who would intentionally harm, offend, or embarrass anyone."

Six other women also claim the tenor made them feel uncomfortable by making "sexual overtures" towards them, AP reported.