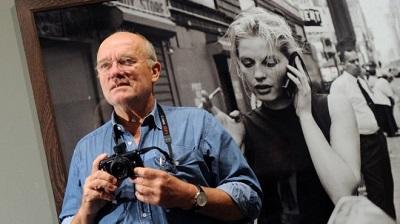 Fashion photographer Peter Lindbergh, whose trademark was the dramatic black and white portrait, has died at 74.

Born in 1944 in what is now Poland, Lindbergh worked with many fashion designers along with international magazines throughout his career.

Recently he worked with the Duchess of Sussex, creating images for the September edition of Vogue magazine.

In the 1990s, Lindbergh was known for his photographs of models Naomi Campbell and Cindy Crawford.

Lindbergh studied at Berlin's Academy of Fine Arts in the 1960s. He assisted German photographer Hans Lux for two years before opening his own studio in 1973.

He moved to Paris in 1978 to pursue his career, his website says.

The photographer's work appeared in magazines such as Vogue, Vanity Fair, Harper's Bazaar and The New Yorker.