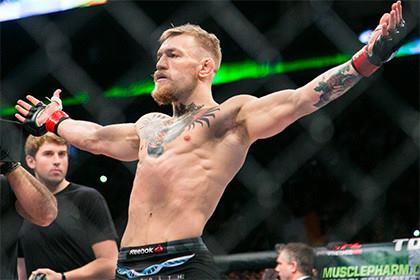 Conor McGregor has been ridiculed online after appearing in a very strange advert for a Russian betting company. Check it out.

Axar.az reports citing LB that the former double weight UFC world champion appeared in an advert for Parimatch that really has to be seen to be believed.

To be quite honest, if you didn't already know that it was a sports betting commercial, it would be very difficult to guess exactly what product was being hawked until a decent way through the piece.

Conor can be seen as a pixelated figure beating up former world heavyweight boxing champion Mike Tyson (in animated form, obviously) as well as squaring up to a cat. There's also a room full of yellow flamingos for some reason... basically, it's a weird one.

Oh, and he dresses up as The Joker at one point. Slightly on the nose, don't you think?