Emilia reveals why she ‘can’t’ watch House of the Dragon 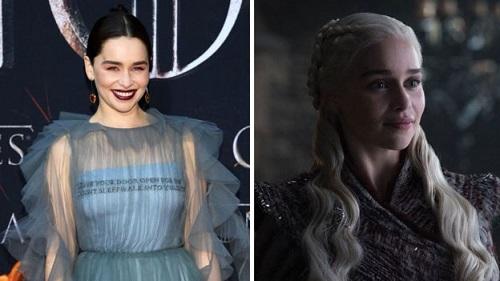 Axar.az reports citing foreign media that The new show, which came out last summer, is based on George RR Martin’s 2018 novel Fire & Blood, and is set roughly 200 years before the events of Game of Thrones, and 172 years before the birth of Clarke’s character, Daenerys Targaryen.

Clarke was asked for the first time by Variety in a recent interview whether she’d seen House of the Dragon.

“No! Can you [forgive me]?” Clarke responded.

“It’s too weird. I’m so happy it’s happening. I’m over the moon about all the awards… I just can’t do it. It’s so weird. It’s so strange. It’s kind of like someone saying, ‘You want to go to this school reunion that’s not your year? Want to go to that school reunion?’ That’s how it feels. I’m avoiding it.”