Nagorno-Karabakh conflict is a matter of concern 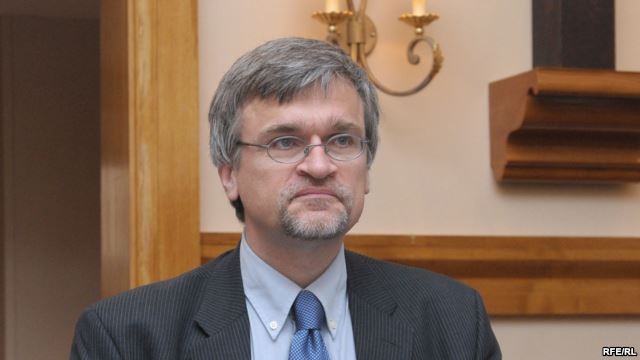 The fact that the Nagorno-Karabakh conflict has not yet been resolved, of course, is a matter of concern.

The former EU Special Representative for the South Caucasus, now the Swedish Ambassador to Syria, Peter Semneby told reporters in the IV Global Forum in Baku.

"I would like to hope that steps will be taken forward in this direction", - said Semneby.

He praised the IV Global Forum which opened today in the Azerbaijani capital Baku noting the high level of its realization and the number of participants.

"Such discussions are useful not only for Azerbaijan, but also for other countries", said P. Semneby.