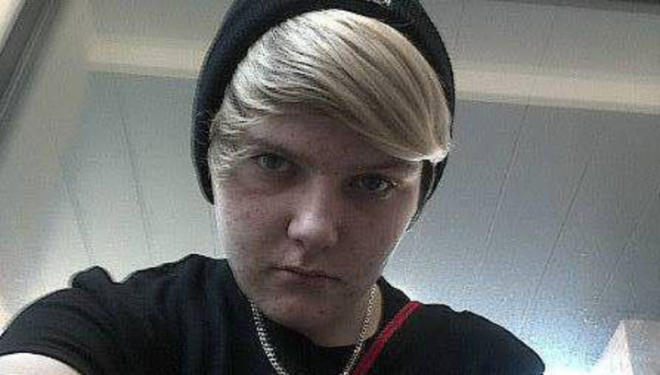 Hayden Cross, who was female sex at birth, has been living as a man for three years but put his transition on hold in order to have a baby.

He is legally male and has begun hormone treatment but decided to have a child now rather than delay his transition.

The dad-to-be is now four months pregnant after finding a sperm donor on Facebook.

He had approached the NHS to see if his eggs could be frozen before completing his full gender change but was refused.

Once he has given birth he will fully transition by having his breasts and ovaries removed.

The expectant father, who is from Gloucester, told The Sun on Sunday he is looking forward to becoming a father but is struggling with some of the physical changes.

‘I was happy but I also knew it would be backtracking on my transition,’ he said.

‘It is a very female thing to carry a baby and it goes against everything I feel in my body.

‘I wanted the kid now so that I can have the transition before I get old.’

In 2008, American Thomas Beatie became the first man in the world to announce that he was pregnant

And Hayden said he plans on telling his child about his transition.

‘I think I would tell it because it has the right to know,’ he continued.

‘I’ll bring up the child in a trans environment so hopefully there won’t be any problem.

‘Trans is a common thing now for our generation.’