Armenia must leave the territories of Azerbaijan 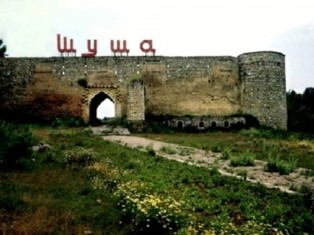 The great majority of the victims of ceasefire violations are Azerbaijani civilians.


Foreign Minister Elmar Mammadyarov made the remarks in an interview to "Kommersant" newspaper answering the question about the mechanism to investigate ceasefire violations.


Mammadyarov noted that the Azerbaijani people were displaced from the territories they have been living for centuries, simply because they were Azerbaijanis.


“Armenia is deliberately trying to include the necessity of establishing such a mechanism into agenda. It's a technical issue for Armenia in order to divert attention from comprehensive political and legal solution to the conflict, maintain the status quo and continue the occupation of Azerbaijani territories. We have previously noted that a mechanism to investigate incidents can be applied only after the withdrawal of Armenian armed forces. Armenian armed forces must leave the territories of Azerbaijan. Thus, nothing will be left for investigation, as incidents will end after withdrawal of Armenian troops from the Azerbaijani territories,” said minister.


Mammadyarov added that the legal basis for settling the conflict was determined a long time ago basing on the UN Security Council’s resolutions regarding unconditional withdrawal of Armenian armed forces from the occupied territories of Azerbaijan. “In accordance with their mandate, the Minsk Group co-chairs should take effective measures and demand the Armenian side to fulfill its obligations. However, the co-chairs are aware that Yerevan is impeding this process in any way,” he noted.