Spring in the Talish mountains (Video) 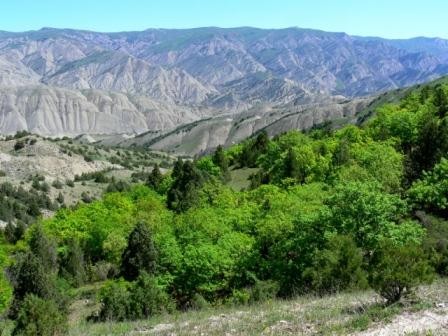 Talysh Mountains is a mountain range in far southeastern Azerbaijan and far northwestern Iran within Ardabil Province and Gilian Province.

They are a northwestern subrange of the Alborz / Elburz Mountains that run along the southern Caspian Sea on the Iranian Plateau.

The Talysh Mountains extend southeastward from the Lankaran Lowland in southeastern Azerbaijan to the lower part of the Sefid Rud (White River) in northwestern Iran.