Briton detained after being accused of taking cocaine 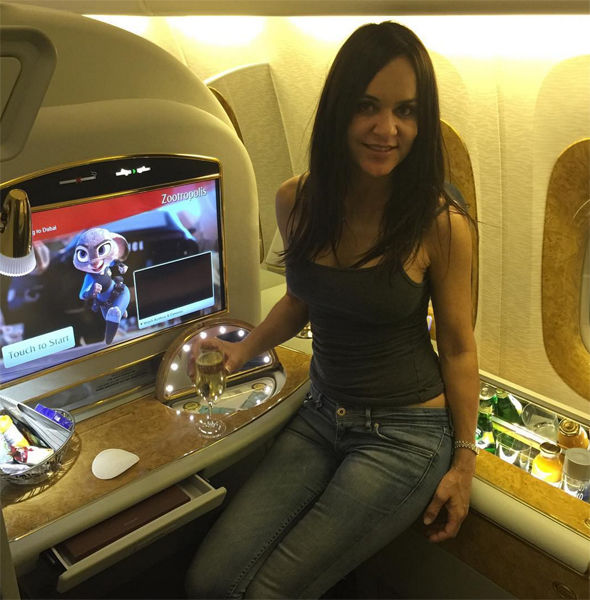 A British woman was detained for three hours in Dubai after being wrongly accused of taking cocaine on a flight.

Caren Harmon, 43, was flying from London to Johannesburg, South Africa, for a friend’s engagement party when she was escorted from a flight and forced to take a blood test.

She landed at Dubai International Airport for a connecting flight to find police waiting for her.

Miss Harmon, who lives in Shepherds Bush, west London, said cabin crew on the Emirates flight gave her no warning she was wanted by police after pointing her out to officers.

She says police held her for more than three hours, searched her bags for illegal substances and forced her to take a blood test causing her to miss her connecting flight.

Miss Harmon told the Daily Mail: “They just kept saying to me ‘you know exactly what you’ve done wrong’.

“The only explanation they gave me was that I was seen looking through my bag, sniffing my nose and touching my nose, which is quite normal on a long flight with air conditioning.

“They implied to the police that I had been taking cocaine, as if I would do something like that. I was terrified.

“I didn’t get a warning on the plane, there was no sign they had done anything until we had landed and then four police dressed in black were there waiting for me. I had ordered some red wine on the plane but didn’t drink it because I fell asleep for five hours.

“They kept just saying ‘we know what you have done on the plane’.

“Then when they found nothing in my bag they tested my blood.

“I assumed it was testing for drugs but they never even said what they were doing.

“They just kept saying I was touching my nose and sniffing, as if that was enough justification for treating someone like this.

“I was so shaken I didn’t even think to refuse.”

Miss Harmon’s test results came back negative but the ordeal continued when she says police warned her she could end up in jail because of the “illegal” prescription pills she had taken on the flight.

Miss Harmon took Manor to calm her nerves and help her sleep.

She said: “Lots of people travel with sleeping pills or medicine on a long haul flight.

“They said if you don’t have a prescription and have pills you can go to jail for up to six years.

“I was horrified and started freaking out. I thought I would go to jail over a sleeping pill. After everything else I had just been through.

“Eventually after about three-and-a-half hours they made me sign something in Arabic with no translation and let me go. I was crying like a baby at this point.

“I let them do whatever they wanted, I just wanted to get out of there.”

An Emirates spokeswoman said: “We can confirm that a passenger travelling on Emirates flight EK0010 from Gatwick to Dubai on 9 May, was detained by police on arrival in Dubai.

“As the matter is currently under investigation, we cannot comment further.”