Why is intercountry adoption declining? 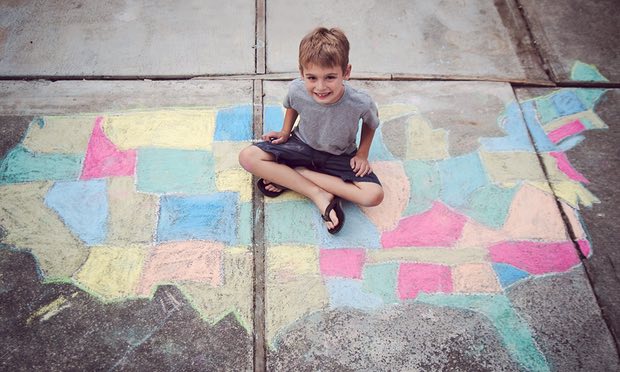 Selman is responsible for the official global figures on intercountry adoption published annually by the Hague Conference on Private International Law. He says the trend in Europe is reflected globally: “The numbers [for intercountry adoption worldwide] have been going down at the rate of 200 a week; since 2004 they have gone down by more than half. In Europe the only country maintaining its numbers is Italy.” In 2015, Italy adopted 2,211 children from outside its borders – second only to the US, with 5,648 children.

The decline in intercountry adoption is also apparent in Ireland, particularly in its dealings with the US. Valerie O’Brien from University College Dublin will be exploring current and historic intercountry adoption practices between these two countries at the International Federation of Social Work conference next week in Iceland.

She says despite today’s subdued number of adoptions between the two countries, there are still many issues worthy of further enquiry. These include the role played by the large private adoption sector in the US and the US laws that allow the birth mother to choose the adoptive family for her child.

A key factor influencing Ireland’s intercountry adoption is its government’s decision in 2010 to enact the 1993 Hague Convention on the Protection of Children and Co-operation in Respect of Intercountry Adoption. The international agreement is designed to regulate adoptions between countries and guard against abuses.

States that sign up to it are expected to follow a set of principles and guidelines that put the child’s best interests first. Today, Ireland only deals with other signatory countries – including the US – but it means that countries it once may have approved adoptions from have been taken off its list.

Brid O’Flaherty: ‘AdoptIn April, after years of navigating the complicated and expensive process of intercountry adoption, O’Flaherty took her three-month-old adoptive son, Oscar, home to Ireland from Florida. By the summer of 2017 she expects the formal adoption process to be complete.

O’Flaherty lives in the Irish midlands with her husband, Ambrose McGowan, and their first adoptive son, nine-year-old Hugo, whom the couple adopted from Mexico. O’Flaherty began looking to other countries to adopt a child in her mid-30s (she is now 50) because domestic adoption of babies and infants in Ireland is rare. She says the bureaucracy, legal processes and – in the case of the US – considerable expense, have been challenging but worth it.

A key factor in the decision to look to the US for their second child was Ireland’s enactment of the Hague Convention on the Protection of Children and Co-operation in Respect of Intercountry Adoption. She says: “Ireland adopted a very stringent adherence to the Hague Convention, which meant that a lot of countries that aren’t Hague compliant [were] closed [to prospective adoptive Irish parents].”

There are still a few more hurdles to overcome, including monthly assessments until the adoption process is finalised, but at the end of three-and-a-half years working with an agency in Florida, and “after years of form filling and all the rest of it”, the conclusion of the family’s US adoption is in sight.ion is still worth it ... even after all the years of form filling’

Brid O’Flaherty describes herself as “the poster child for persistence”, having embarked twice down the road of international adoption. “You’ve got to be robust.