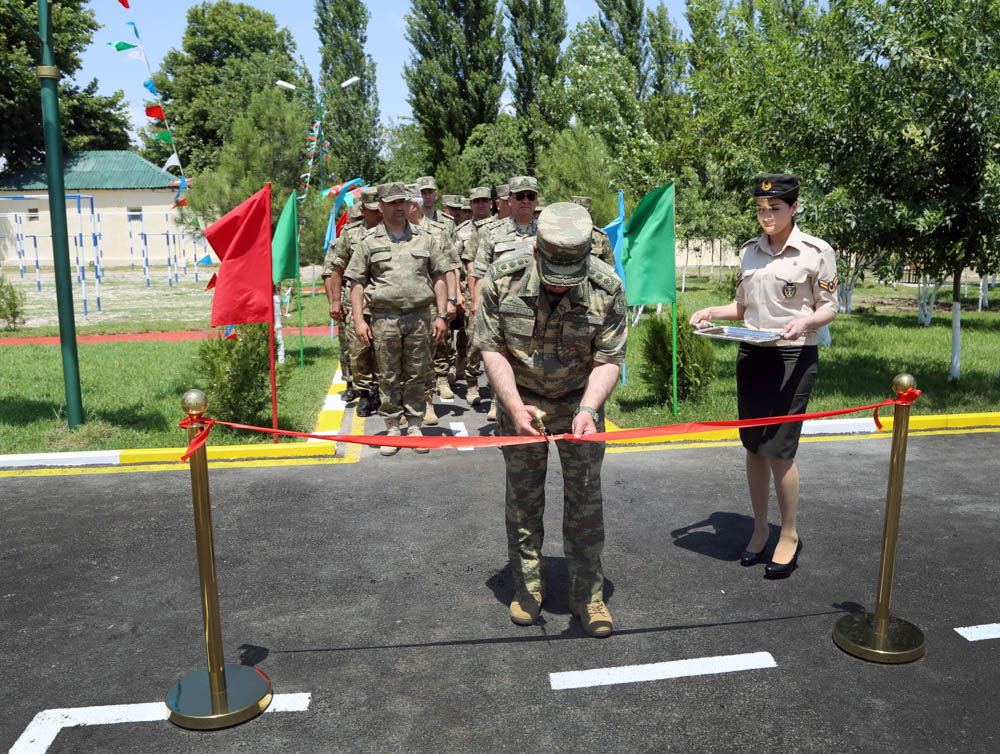 In accordance with the instructions of the President of the Republic of Azerbaijan, Supreme Commander-in-Chief of the Armed Forces Ilham Aliyev, construction works are continuing, the Ministry of Defense told.

The leadership of the Ministry of Defense took part in the opening of a new antiaircraft-rocket and engineer-sapper military units.The Ministry’s leadership got acquainted with the headquarters, boxes for special equipment, soldiers' barracks, mess halls, parade grounds and other military facilities.

The Minister of Defense took part in the ceremony of laying a memorable stone for the mess hall, which will be built in one of the military units and gave appropriate instructions for the provision of military personnel.