Over 1,365 undocumented migrants held in Turkey 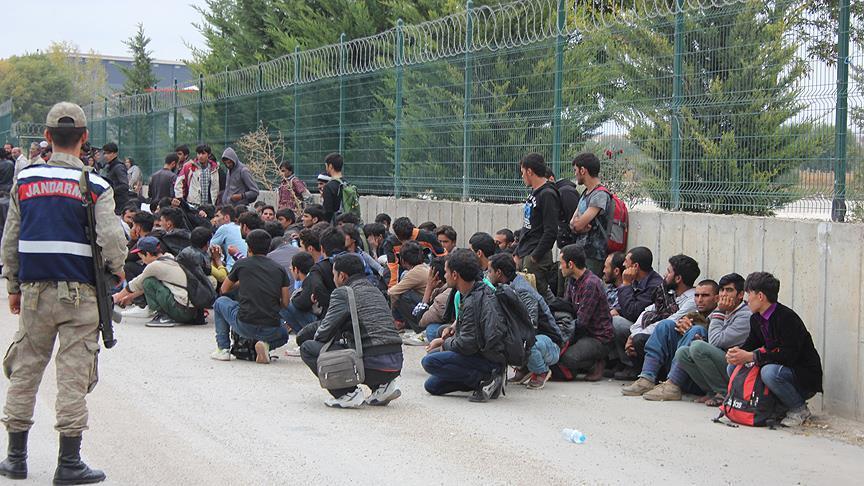 At least 1,365 undocumented migrants were held by Turkish security forces across the country in the past two days, according to security sources on Thursday.

According to a statement by the Turkish Armed Forces, security sources held 1,186 undocumented migrants on Wednesday.

The statement said 1,131 undocumented migrants were held during an illegal attempt to cross the Turkish-Syrian border while another seven were held at the Turkish-Iraqi border.

No information on the nationalities of the undocumented migrants was given.

Separately, Turkish security forces held 111 undocumented migrants in the Dikili district of the Aegean Izmir province, a security source said who spoke on condition of anonymity due to restriction on speaking to the media.

The source said 38 Syrian migrants were found in a minibus without a driver while the other 73 Syrians were held by security forces on the street.

The migrants, who were trying to cross into Greece illegally, were transferred to the migration management authorities.

In another operation in the Ipekyolu district of the eastern Van province, 68 undocumented migrants were found in a house.

According to a security source said who spoke on condition of anonymity due to restrictions on speaking to the media, 63 migrants were Afghans and five from Bangladesh.

The migrants were referred to the local migration management authorities, while the two landlords were arrested.

In the last 10 years, Edirne has seen a rise in migrants, namely from Pakistan, Syria, Palestine, Myanmar, Afghanistan and Iraq. In 2017 alone, 50,000 migrants from 50 countries were held by Turkish security units.

There has been a 60 percent increase in migrant flow since 2016.