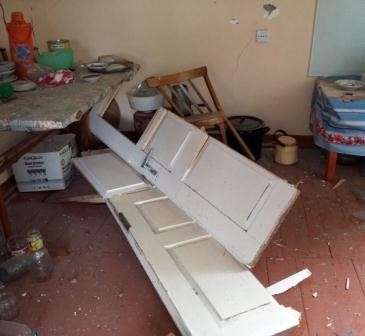 A resident of the Chemenli village of Azerbaijan’s Aghdam district Ali Huseynov, 67, who was injured as a result of shelling by Armenian armed forces, died in hospital.

On the night of April 27-28, Armenian armed forces shelled settlements in Azerbaijan’s Aghdam district along the contact line, leaving one person dead, eight others injured.


As a result of the shelling, a resident of the Chemenli village of Azerbaijan's Aghdam district Famil Mustafayev died of shrapnel wounds.


All the injured were brought to the Aghdam district central hospital. Among the injured, Zahid Rahimov is in critical condition.