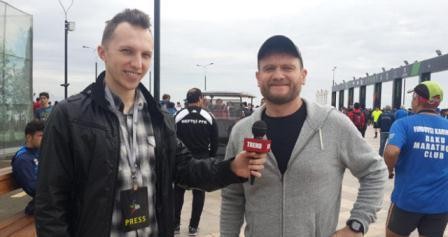 The Baku Marathon 2016 is a fantastic event for the city, said Gordon Birrell, BP's regional president for Azerbaijan, Georgia and Turkey.

"The marathon is very well organized," Birrell, participating in the marathon, told local media on May 1. "I think the routes will be through a beautiful part of the city and this is going to be a fantastic day."

He stressed that so many BP employees can participate in the marathon.

"If I can run a half marathon in less than two hours, I will be very happy," he added, while answering a question about the results he hopes to achieve at the marathon.

The Baku Marathon 2016, organized at the initiative of the Heydar Aliyev Foundation, kicked off on May 1.

The marathon started at 10:00 (UTC/GMT +4 hours). It will take a maximum of four hours and a half to overcome a 21 kilometer-distance.