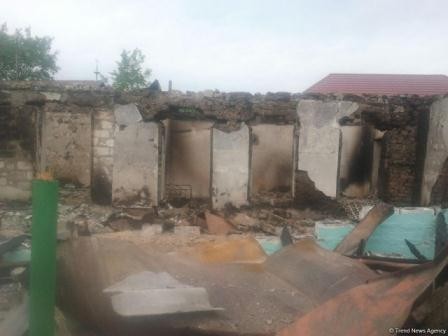 As many as 32 criminal cases in connection with the premeditated murder of Azerbaijani civilians by Armenia and destruction of property were initiated in the prosecutor's offices of Azerbaijan's Terter, Aghdam, Fuzuli and Agjabadi districts in April 2016, head of the investigation control department of the General Prosecutor's Office of Azerbaijan Nazim Abbasov said.

He made the remarks May 13 during the hearings in the Azerbaijani parliament on the "Recent developments on the line of contact: Problems of the international humanitarian law."

"Armenia has violated the rules of international humanitarian law," said Abbasov. "The deaths of six civilians was caused by shots fired at settlements."

The head of the department also noted that 641 houses were damaged, adding that work on collecting the proofs of crimes committed by the Armenian side continues.