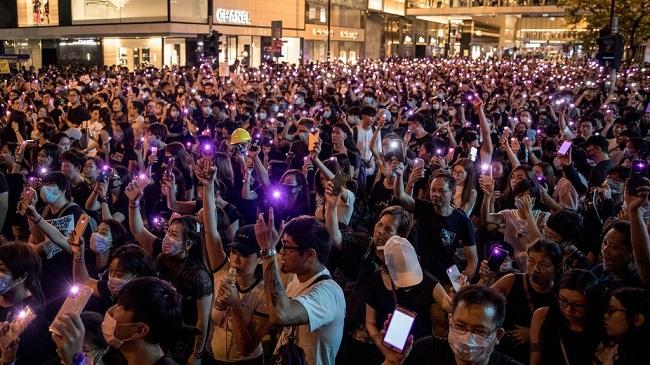 Hong Kong activists called off protests on Wednesday in remembrance of the Sept. 11, 2001 attacks on the United States and denounced a Chinese state newspaper report that they were planning “massive terror” in the Chinese-ruled city.

Axar.az reports citing “Anti-government fanatics are planning massive terror attacks, including blowing up gas pipes, in Hong Kong on September 11,” the Hong Kong edition of the China Daily said on its Facebook page, alongside a picture of the hijacked airliner attacks on the twin towers in New York.

The post said, “leaked information was part of the strategy being schemed by radical protesters in their online chat rooms”.

The former British colony of Hong Kong returned to China in 1997 under a “one country, two systems” formula that guarantees freedoms not enjoyed on the mainland, including an independent legal system, triggering the anger over the extradition bill.

The protesters called off action on Wednesday.