The houses destroyed by Armenians are rebuilt 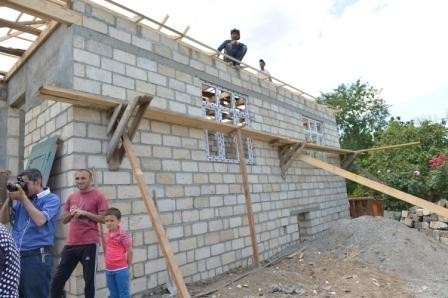 More than 30 houses damaged as a result of Armenian shelling of Azerbaijan’s Terter and Aghdam districts have already been rebuilt, Azerbaijan’s State Committee for Work with Refugees and IDPs told on Thursday, APA reports.

The houses in the Evoghlu and Shikharkh villages of Terter and the Dordyol, Tezekend and other villages and settlements of Aghdam were restored.

The State Committee said a total of 452 houses of IDPs were damaged in the Armenian shelling, 15 of them were completely and 437 partially destroyed. In addition, many livestock were killed as a result of the shelling.

The reconstruction of the damaged houses is being carried out by the State Committee.