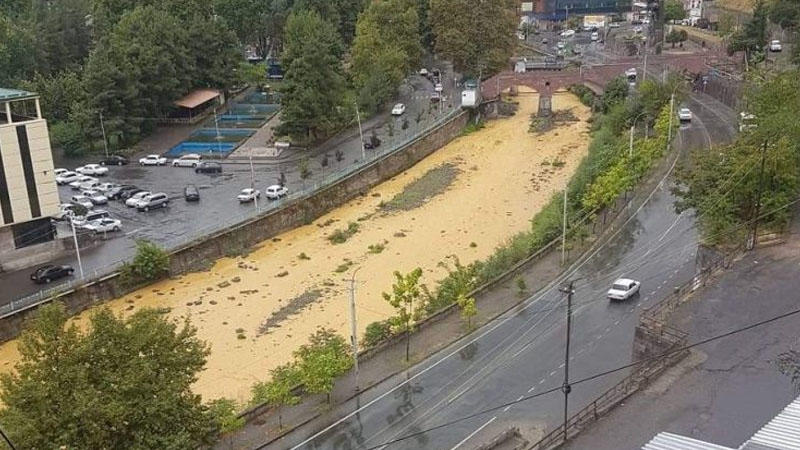 As a result of the activities of the German company Cronimet Holding, the Oxchuchay River, which originates in Armenia and passes through Azerbaijan, is polluted with industrial waste.

Axar.az reports that this was stated in a report from the liberated Zangilan region by the influential German portal TRT Deutsch.

In the report, correspondent Rana Tashkoparan expressed concern over the pollution of Azerbaijan's water resources, especially the Oxchuchay River.

The plot notes that Cronimet Holding is actively involved in the mining industry in Armenia, and thus polluted the Oxchuchay River with industrial waste. The river is so polluted that heavy metals have reached excess levels. Of course, the consequences do not end there. However, it seems that the river has become a disaster as the waste of the copper-molybdenum plant and copper-ore refinery operating in Armenia is discharged into the Oxchuchay. Laboratory analysis of Oxchuchay water has shown that it contains large and dangerous amounts of heavy metals, especially copper, molybdenum, manganese, iron, zinc and chromium.

The company is based in Karlsruhe, Germany, and is a major shareholder in the Zangezur Copper-Molybdenum Plant, Armenia's largest taxpayer, with a 60 percent stake.

TRT Deutsch notes that the pollution of the Oxchuchay River by Armenia's mining industry is changing from a regional problem to a global one. The level of pollution is on the verge of a humanitarian catastrophe. This has a negative impact on the water quality of the Araz River, one of the largest water sources in the South Caucasus.