Turkish servicemen in Karabakh seen for the first time - Video 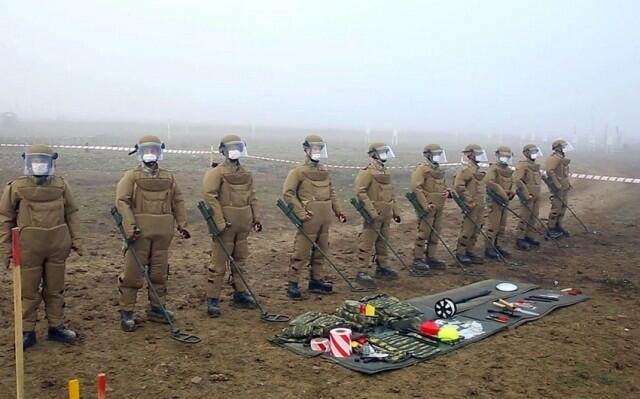 Turkish servicemen supporting the Azerbaijani Army in the process of clearing mines in Karabakh were seen by TRT Haber.

Axar.az reports that Turkish television has filmed the activities of the Turkish military. According to the report, minesweepers from Turkey are working tirelessly to return citizens to the liberated lands as soon as possible. It is noted that several groups work in the region and each group includes 130 Turkish servicemen.

According to the report, the Turkish military, in addition to clearing mines, also conducts trainings for Azerbaijani servicemen.