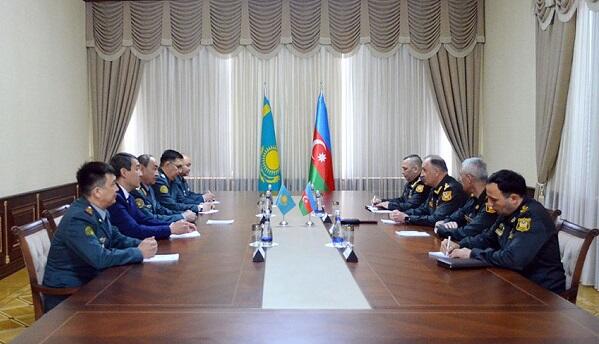 Welcoming the guests, Colonel-General K. Valiyev stressed the need to expand such meetings and mutual relations in strengthening military cooperation between the armies of the two countries.

Expressing satisfaction with his visit to Azerbaijan, Lieutenant General Iztleuov said the exchange of experience in the field of military cooperation was important.