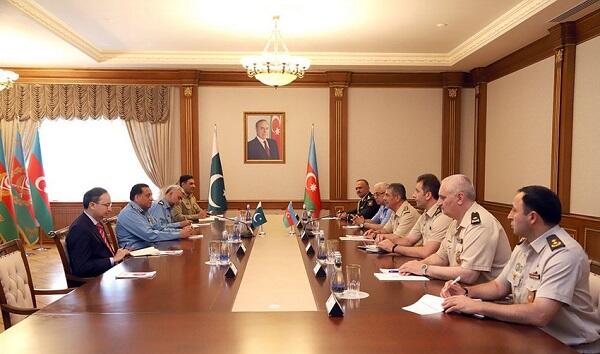 On June 29, Azerbaijani Defense Minister Colonel-General Zakir Hasanov met with a delegation led by Air Marshal Zahir Ahmad Babar Sidhu, Commander of the Air Force of the Islamic Republic of Pakistan, who is on an official visit to our country.

Welcoming the guests, the Defense Minister stressed the traditional friendship and mutual trust between our peoples, as well as the growing development of Azerbaijani-Pakistani relations and strategic partnership.

Expressing gratitude for the warm reception, the Pakistan Air Force Commander also noted that there are historically friendly relations between our peoples. Azerbaijani-Pakistani relations have expanded and strengthened in various directions, including military cooperation between the two countries has great potential.

The sides discussed issues of further expansion of relations between Azerbaijan and Pakistan in the fields of military, military-technical and military education.