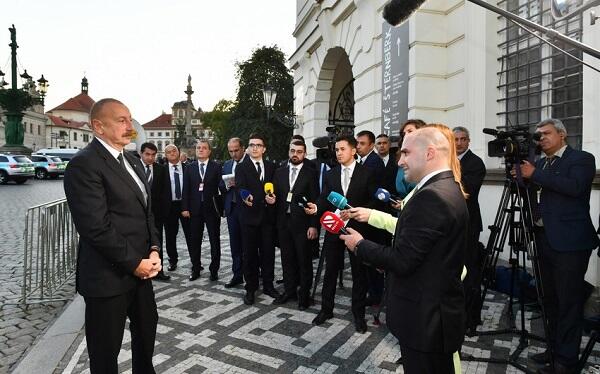 Armenian armed forces have not been removed from our land to this day. We demand it. It is true that some of them have been removed, but they are still present in our land and I hope that this will also be stopped.

Axar.az reports that President Ilham Aliyev expressed these views in an interview with Azerbaijani TV channels in Prague.

The head of our state said:

"Now the whole world community clearly understands that Karabakh is Azerbaijan! We said this every time, during the occupation, during the war, after the war. Today, the world community not only understands this truth, but also pronounces it. Armenians living in Karabakh are our citizens and we are not going to discuss their fate and future life with any country, including Armenia. This is our internal work."

The President noted that Armenians will have the same rights as the citizens of Azerbaijan. In any case, they can be sure that their integrated life in the Azerbaijani society will be much better than the current one.