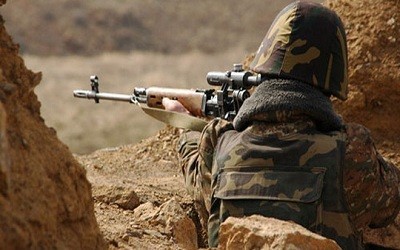 Armenian armed units violated ceasefire with Azerbaijan 119 times from large-caliber machine guns on various parts of the contact line of Azerbaijani and Armenia troops in one day, the Azerbaijani Defense Ministry said on Feb.9.