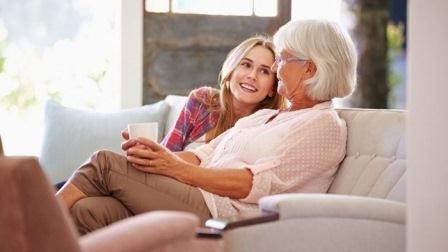 Older adults may not be as physically healthy or mentally sharp as younger and middle-age adults, but they have higher psychological well-being than these other age groups, according to a new survey of people living in San Diego County, California.

In the study, the researchers evaluated three key factors in adults across their life spans: their physical health, cognitive health and mental health. They found that older people had better mental health than younger people.

The researchers also found that young adults in their 20s and 30s had the lowest scores on measures of psychological well-being of all of the age groups in the study, which included people ages 21 to 99, according to the findings, published in the August issue of The Journal of Clinical Psychiatry.

Although the study showed that people experience declines in both their physical health and their thinking skills as they age, aging was also linked with better mental health, greater happiness, more satisfaction with life and an improved sense of well-being, said Dr. Dilip Jeste, the study`s lead author and director of the Stein Institute for Research on Aging at the University of California, San Diego.

In addition, older age was associated with less anxiety, lower stress and a decreased risk of depression, he said.

Older age is often thought of as a period of gloom and doom, a time of decline in physical health, happiness and well-being, Jeste said. Yet the new results point out a paradox of aging, he suggested.

"Contrary to the stereotype of old and grumpy, the study found older people to be happy and contented," Jeste told Live Science.

In the study, the researchers looked at more than 1,500 men and women ages 21 to 99 who lived in San Diego County, California. All of the study participants were contacted by telephone (landlines), and were given a test to evaluate their cognitive skills during the call.

Previous studies that examined people`s well-being across the life span have produced mixed results, Jeste said. Some researchers have reported a U-shaped curve, meaning that they have found that people have high levels of well-being in their 20s and 30s, followed by a decline in it through middle age (40s and 50s) and then an increase during their 60s and 70s.

In this new study, instead of producing a U-shaped curve, the data showed a steady improvement in well-being across the decades, Jeste said. This improvement was seen in overall measures of mental health from the 20s through very old age, he said.

The findings show that "aging can be — and often is — a period of contentment, satisfaction and happiness," Jeste told Live Science.

Although the exact reasons are unclear, he speculated that older adults may be more adept at coping with stressful changes than their younger counterparts are. Their emotional strengths can help them overcome problems, such as their diminishing physical health and declining cognitive function, Jeste said.

Aging and a lifetime of experience not only bring more wisdom but also make older adults more resilient than younger adults, as well as better at solving problems and regulating their emotions, Jeste said.

One limitation of the study is that the researchers only included adults living near San Diego, so it`s not known whether similar findings would be seen in adults in other regions of the U.S. or nationwide. Also, people were excluded from the study if they had been diagnosed with dementia, lived in a nursing home or needed daily nursing care, so the results may not apply to older people with those conditions.

One of the study`s most surprising results was the high level of stress found in young adults, Jeste said. The data showed that people in their 20s and 30s had far worse levels of psychological well-being than people at any other period of adulthood, he said.

The psychological distress of young adults may be explained by the pressures unique to this phase of life, Jeste said. They are grappling with choosing and establishing careers, finding life partners, handling peer pressure and navigating financial issues, he said.

However, older adults can be a valuable resource for young adults and could help contribute to their mental well-being, Jeste suggested. By sharing their wealth of wisdom, skills at making tough decisions and ability to overcome stresses, older people can be great role models for younger generations, he said.